Jennifer Lopez’s Style Through the Years

J. Lo has been serving fierce, bold looks since 1986. Including the green Versace dress. 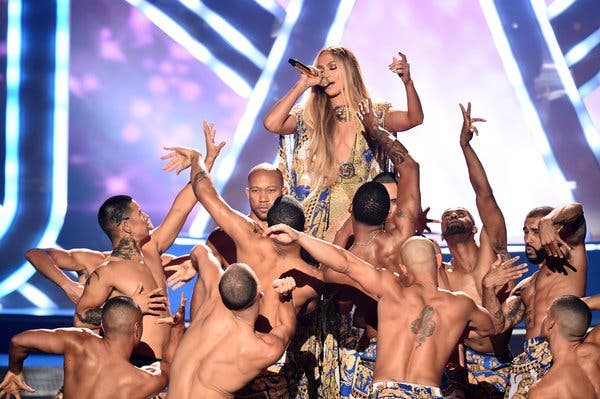 Where were you the first time Jennifer Lopez came into your life?

Was it while she was dancing on “In Living Color” in the ’80s? Or perhaps when she played Selena Quintanilla-Pérez in the 1997 biopic of the artist’s life? Maybe it was when “Waiting for Tonight” hit the charts in 1999? Or when Ms. Lopez stole rom-com lovers’ hearts in the early aughts as the leading lady in “The Wedding Planner” and “Maid in Manhattan?”

Jennifer Lopez has been icon for more than three decades. She is also the first Latina actor to earn over $1 million for a film and the first woman to have a No. 1 album and a No. 1 movie in the same week. And don’t forget about her Golden Globe nomination.

When she took the stage tonight at the VMAs, she reminded everyone that she has staying power. She began the medley of her biggest hits in a flowing blue and gold Versace cape over a gold leotard with thigh straps. She later donned a floor-length white fur coat and ended the performance in baggy gold pants — the same outfit she accepted her award in.

To honor her, let’s remember some of her looks.

Before rompers were everywhere, and for everyone, Ms. Lopez wore this silky one piece to the VH1 “Vogue” awards in 2000. The award show, meant to be more cheeky than chic, was a fitting place for her to showcase her all-gold accessory game. 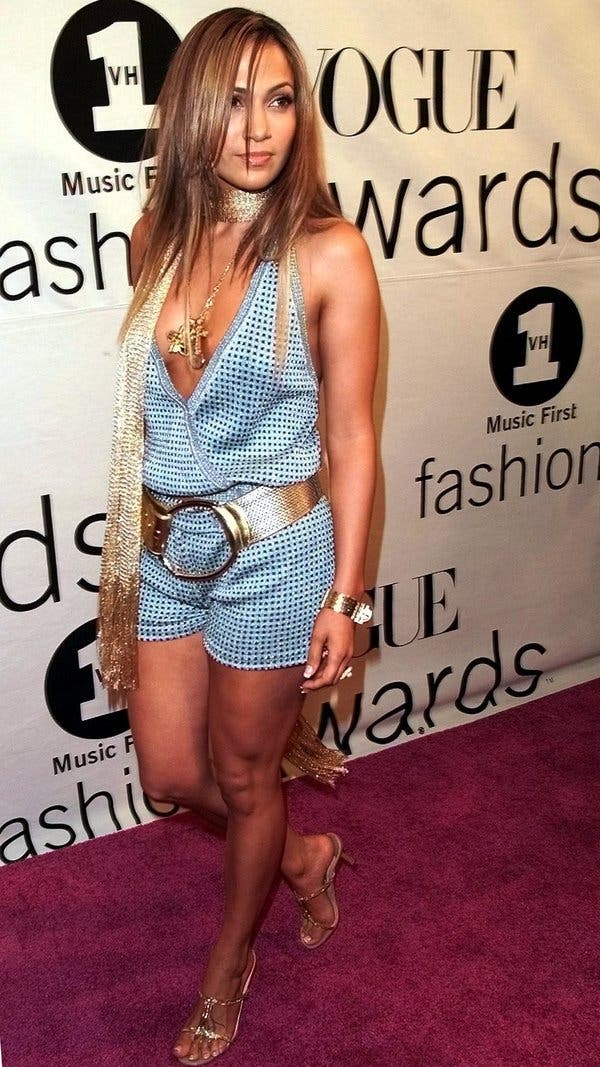 In the same year at the VMAs, J. Lo gave us this white and silver Sean John ensemble, and she earned a silver Moon Man to match. 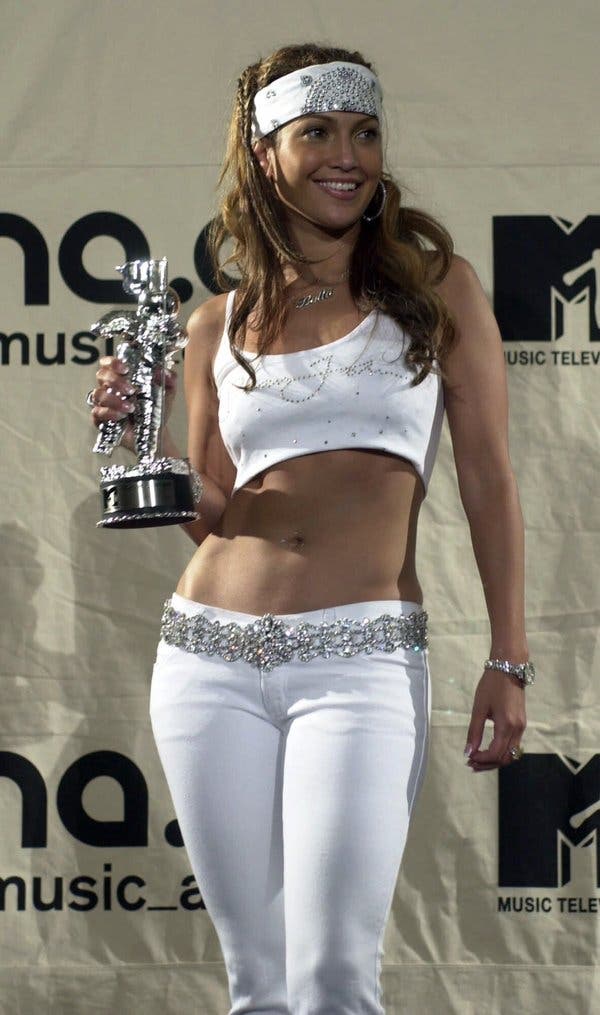 Nineteen years ago, also at the VMAs, Ms. Lopez blessed us with this shimmery, tasseled halter top and a leather skirt. She and Sean Combs, a.k.a P. Diddy at the time, were an item from 1999 to 2001. 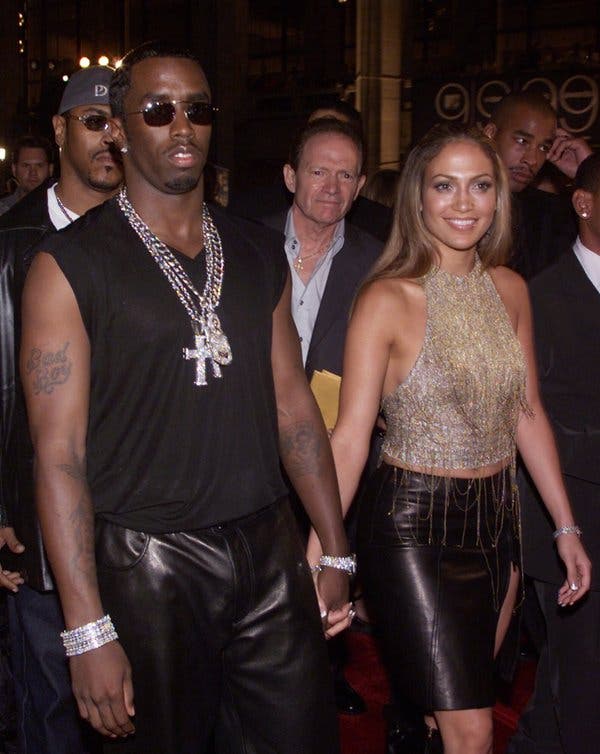 The Dress that Gave Us Google Image Search

Arguably, her most iconic look came at the 2000 Grammy Awards, in the form of a plunging Versace dress. It even gave us the Google Image search function. In 2015, Eric Schmidt, then the chairman of Google, said the amount of attention the dress garnered motivated the company to create the tool. At the time, Google search results were limited to text and links. But after the dress became a most searched item, developers realized they needed to include photographs. 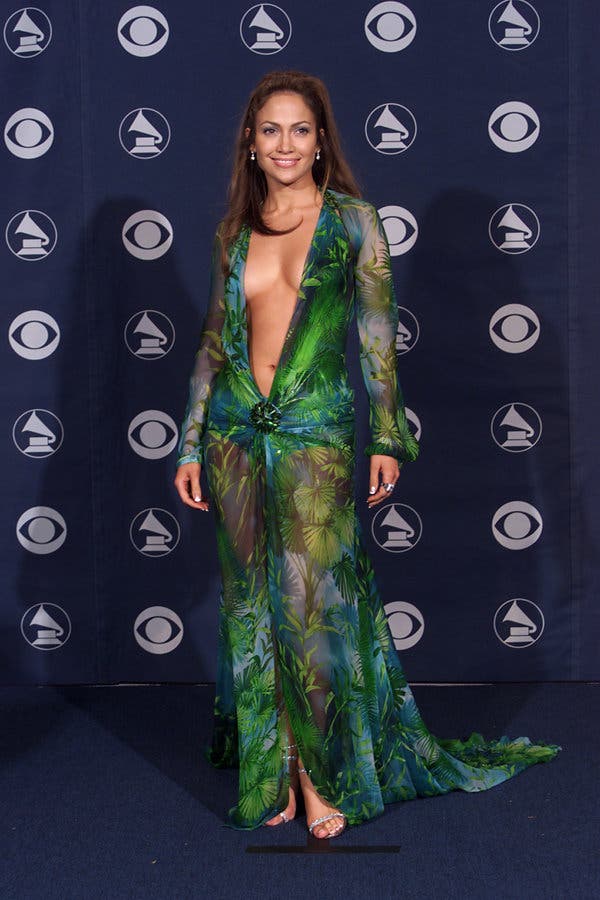 The Glamour of a First Lady

A fashion highlight of 2003 was the mint green Valentino dress J. Lo wore to the Oscars. This one-shoulder, sari-style gown was modeled on a dress worn by Jackie Kennedy Onassis on a visit to Cambodia in 1967. 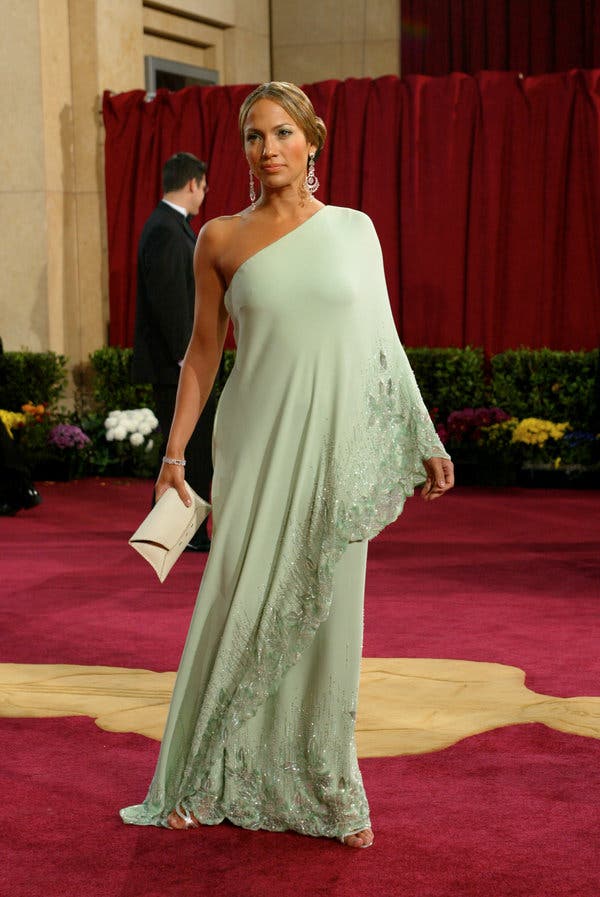 In 2002, J. Lo launched a perfume called Glow, and it was aptly named. Here she is at the 2004 Golden Globes, glowing, in Michael Kors.

Versace on the Floor

Leave it to “Jenny from the Block” to rile up Twitter over a pair of thigh-high denim boots. She wore them with the confidence only Ms. Lopez could bring to an otherwise confounding pair of shoes. 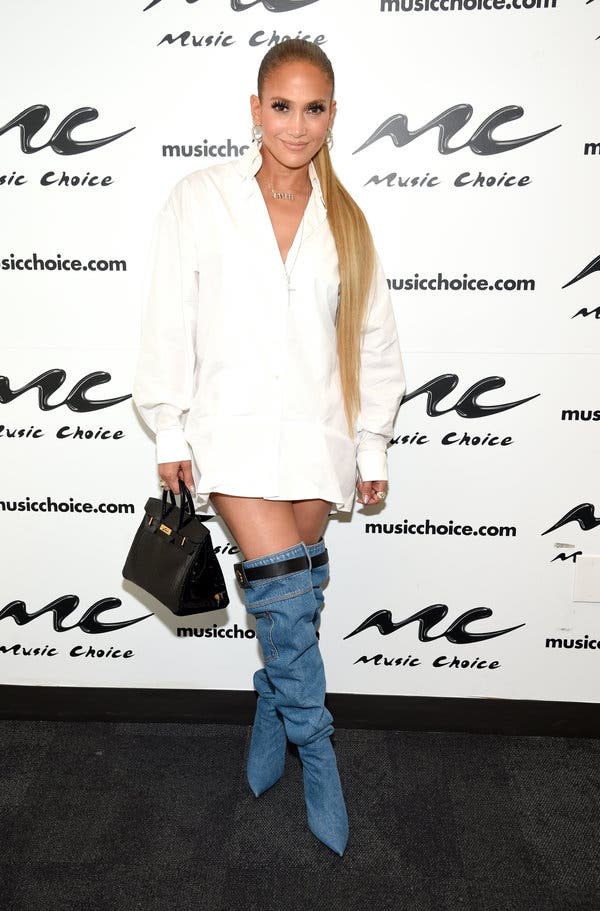 J. Lo is more than a triple threat. She can sing, act, dance, design and of course, judge many talent shows. Ms. Lopez is a judge and executive producer on “World of Dance,” so it only makes sense that earlier this summer she looked like a boss in this leopard print dress that most of us could never rock at our day jobs. 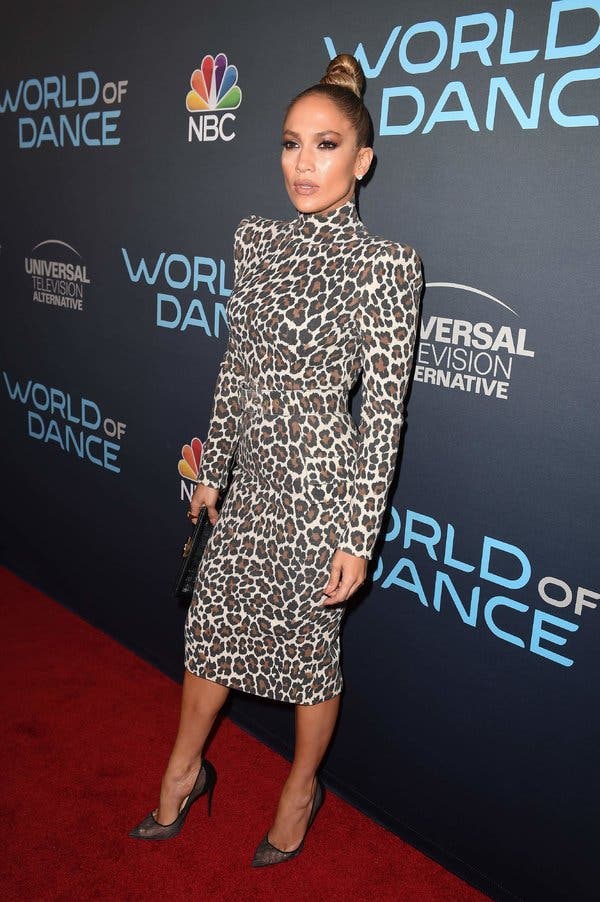 Ms. Lopez was named one of the most influential people of 2018. In an essay about her influence, the actress Kerry Washington wrote: “When Jennifer left the Bronx to pursue her dreams, I would rush to finish my homework on Sunday to watch her on ‘In Living Color.’ She made me believe that you could come from where we came from and achieve whatever you imagine is possible.” 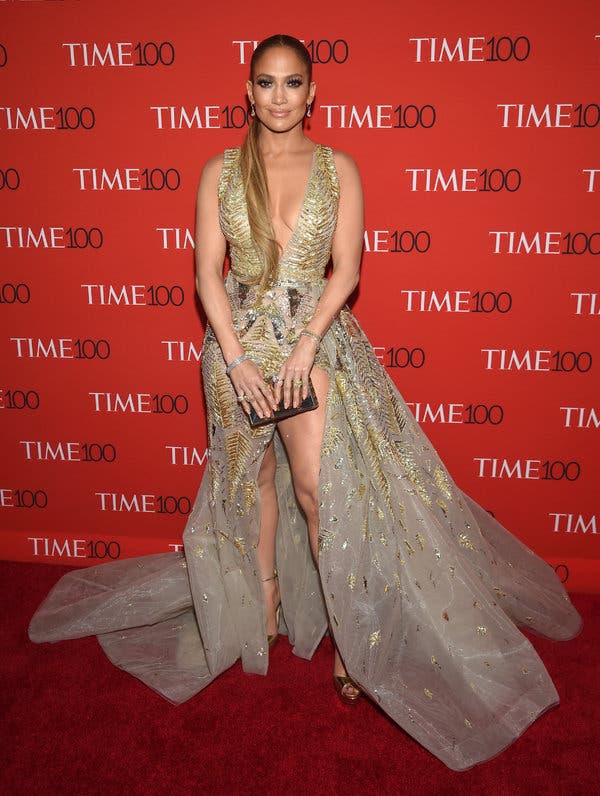 Article courtesy: By Tariro Mzezewa of The New York Times